Another charming Woolspiration video for you this week, this time of the various stages of yarn manufacturing intended for hosiery and knitted goods. You’ll find machines very similar to this still in use in today’s smaller mills all across America. You can watch it here. Enjoy! 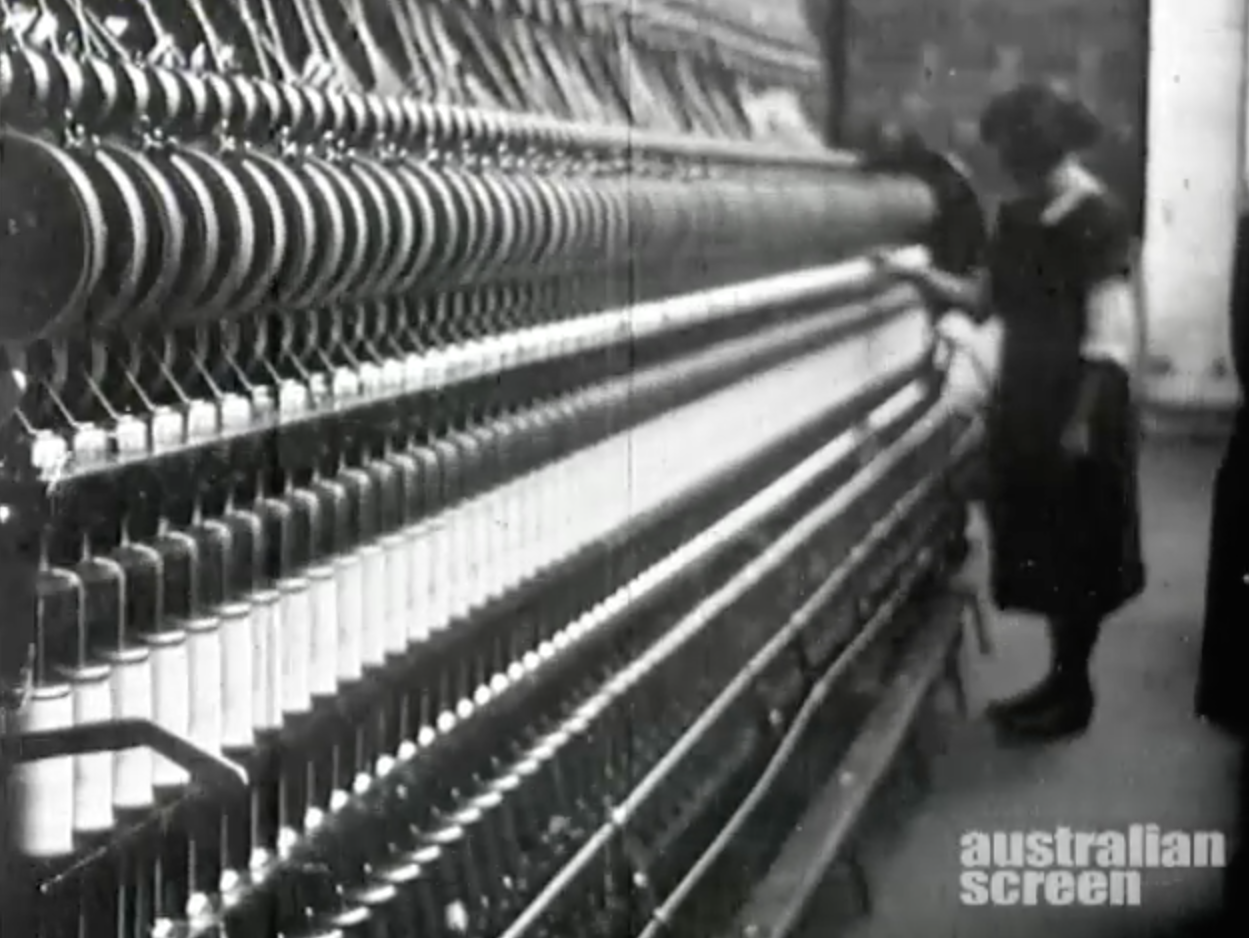 It’s been far too long since I’ve posted a Woolspiration post. I’ve been gathering an archive over the past year and am looking forward to sharing these videos, articles and books with you more regularly.

Today we have a great film from the past, ‘Knitting Pretty‘. This charming piece is filmed in Kodachrome and features a woman named Patricia Scott. She is a knitting adviser for Lavenda and her job is to visit conferences and shops, helping customers choose wools, needles, patterns and answer questions. The film gives some background on wool processing, choosing ply, the best way to wind the wool, how to calculate gauge, and even how to wash your woolens. While all of this information we find readily available today online, in your LYS or in a book…’Knitting Pretty’ takes you back to a day when this information wasn’t as easy to come by, yet creating your own garments was just as sought after, if not more so.

To watch the extract of the film, go here or click photo below. 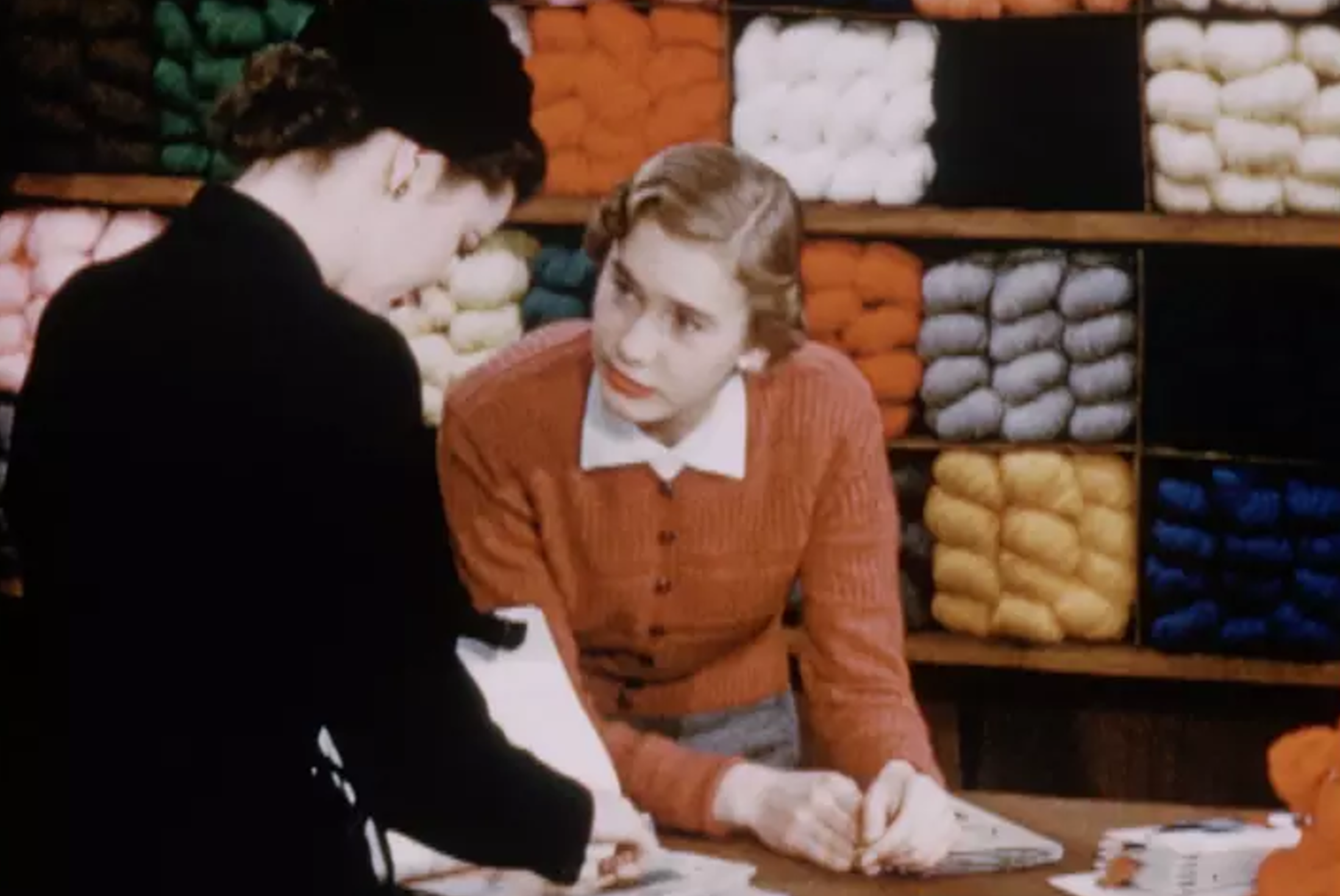 It’s been far too long since I’ve posted a Woolspiration video, but the good news is that I’ve been stock piling them so these posts which have been a favorite in the past, will now be more regular.

Miss Wool of America…did you know this even existed?! Well it did from 1952-1972. How amazing would it be if something like this existed today. It’s absence is another sign of the American wool industry’s decline and production moving overseas. While I’m really not a fan of beauty pageants per se, I think the fact that the vibrancy of the wool industry at one point demanded one is pretty fantastic.

If there were a “Miss Wool” of America today, what and who would she be? A farmer? A designer? A knitter? A model? A shepherdess?

There is such a strong pulse in the fiber community and industry right now, I can feel a revival coming on. It may be a long and arduous process, but I do believe one day we will see the wool industry grow again in America and although it will most likely be far different than it was before, how awesome is it that we get to be a part of this movement.

So back to the video…

The Miss Wool of America Pageant took place annually from 1952-1972 in San Angelo to celebrate its strong sheep and wool industry — San Angelo’s Producers’ Livestock Auction is the nation’s largest for sheep and lambs, and the city was once known as the Inland Wool Capital of the World. Sponsored by the National Wool Growers Association, the American Sheep Producers Council, and the Wool Bureau, Inc., the highlight of the national pageant, which brought together the Miss Wools of each state for a competition of poise and beauty, was the modeling of wool fashions for the upcoming season.  The winner represented the wool industry nationally for the following year, touring the country in all the latest woolen fashions. -Texas Archive