A home birth story: The deed 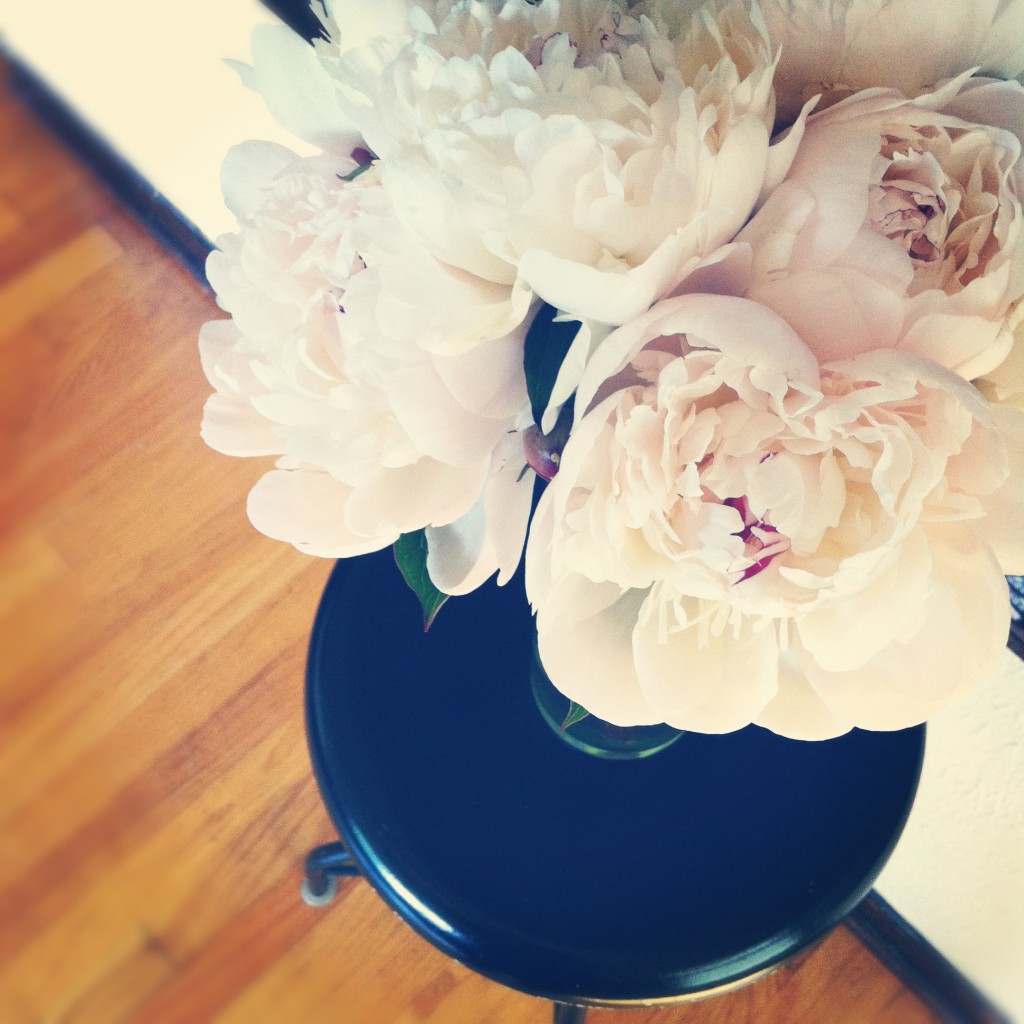 I’ve been thinking about writing this story for a long time now. 14 months to be exact. My friend and doula, Michelle, told me it would take awhile. For the first few months following Coltrane’s birth I couldn’t bring myself to write it because of the fear that surfaced each time I thought about that day. The “what ifs” and the overall shock to my body and to my soul.

I had a wonderful pregnancy. I’m not one of those people that love being pregnant, but I couldn’t have asked for a more amazing turn of events. David and I had been married for 5 years and each year that passed I became more and more unsure about when and even if I wanted children anymore. Each time I brought it up with David he assured me that I would come around someday, but I wasn’t convinced. I have always been driven and ambitious in my career and had come to a point in my life that children seemed far more of a hindrance than a blessing.

At the time I was traveling internationally quite a bit, had built a team at my previous company and felt like I could take on the world. In Feb 2012 David was traveling for a photo shoot and during that weeks time something unusual came over me. Blame it on the Parenthood binge on Hulu, an interview with Sheryl Sandberg that sent me into a spiral of googling “career + children?” or God’s timing. When David got home I casually dropped the “so I think I’m ready to have a baby. I’m pretty sure I can have a career and a baby. I know I can. What do you think”. Suddenly he was the one unprepared and without words. I’m sure he was a little shocked that I came around. We continued the conversation and decided we were ready to stop ‘not trying’ to have a baby. I was also convinced that my Lupus would somehow make things more challenging.

We decided it would be best for me to end my time at the company I was working for due to the travel and stress. What seemed like an amazing opportunity at a small agency arose and I took it. A week after I accepted my offer we found out I was pregnant. It was Memorial Day weekend and David was out of town again. I’d just spent the weekend with one of my good friends and got home late. I couldn’t sleep that night and by 4am I was so frustrated by this strange appearance of insomnia. That’s when it hit me. I ran to the bathroom, peed on a stick and stared at two pink lines. I peed on two more. Same result. A sudden panic masked my excited disbelief. What had we done? Were we ready to have kids? What the hell were we thinking. Blame it on the lack of sleep or the realization that your life is about to change in a pretty significant way. I called David as soon as it was normal hours (6am) and he was out of service. I called his friend. I’m still kind of bummed I had to share the news over the phone, but there was no way I was holding it in for another few days.

After the initial shock wore off we were so blissful, but at the same time anxious about the next few months. I’m sure thousands of other women are anxious those first few months, heck all nine months, with all the uncertainty. I was not just anxious about the pregnancy, I was anxious about my new job and my career. My second day on the job I felt I had made a huge mistake. On top of that I had horrible all day sickness and the smells from the one bathroom on the floor used by an entire company of developers was almost too much for me to handle. I decided to hold off telling the partners at the agency of my pregnancy until the standard three months. I was so nervous. Mainly because I could sense it wouldn’t go over well. It was a strange position to be in, I was the only woman. I had been respected and trusted to take the lead at my previous job and here at this new job I had neither. Looking back now, there were many red flags I should have seen. Regardless, I’m a huge believer in everything happens for a reason, and I see now it’s so very true. So I told the partners and most seemed happy for me, but one of them just up and left the table and didn’t really say anything. Their attitudes shifted after that even more and a month after I told them about my pregnancy, I was laid off with a months severance. The funny thing is I had already begun looking for another job, but my utmost concern was helping provide for the impending growth of our family. The whole situation took me off guard. It was a strange mix of emotions. Anger, fear, peace, anxiety, relief, shame. A new lack of confidence I hadn’t experienced before. The days surrounding this time, I wouldn’t be exaggerating to say I was rocked to my core. Up until this point I had found my identity in my career, in my job, in the people that I worked with who respected and wanted me. Now I was 4 months pregnant and had no job. Who the heck was going to hire a pregnant lady? I thought back to when I worked at my previous company and how judging I was to a couple applicants who came through and were pregnant. I wasn’t going to hire them, so who was going to hire me?

Over the course of the next few months I applied to many jobs all over the country, had some really great interviews, all the while doing my best to hide my growing belly. I hated myself for it. I was supposed to be excited about this new soul growing inside me and here I was doing my very best to hide it. In the beginning I didn’t hide it, but it had become increasingly obvious that it was an ‘issue’ with prospective companies. I wish I were exaggerating.

After a couple months, I decided to embrace this unknown time in my life. Wholeheartedly. I’m not sure if it was the hormones, but a calm came over me like I’ve never experienced. I didn’t worry, stress, react, fear or have anger. It’s like nothing could get to me. I was determined to live peacefully and bring this child into a harmonious place and nothing was going to stop that. David was blessed with more and more work and I was able to find peace in my pregnancy and my life unlike ever before. I was changing, maturing. My heart was softening. Our marriage grew even stronger and we truly began to create a home and environment full of so much love for this little soul.

During this time without a job, knitting became a much more significant part of my life. It had previously been a way to cope with stress, but now it became an expression. I was consumed with creating warm and comforting things, manifested from my love. My creative energy was renewed and I was finding myself again.

Prior to getting pregnant David and I had watched “The Business of Being Born“. It touched me in a dramatic way. I had never really put much thought into how or where I wanted to give birth and I remember hearing of home births in the past and thinking they were crazy. Fast forward 15 years, perspective changes everything. I’ve always been a huge proponent of natural medicine and holistic approaches, and midwifery felt so right. I researched and found a midwifery practice near where we lived, Fremont Midwifery, and fell in love with the team there. Everything felt so right. I gravitated towards one midwife, Geraldine, and David towards the other, Tracy. This was a good thing because either one could end up at our birth. I looked forward to each appointment because I left feeling more empowered and peaceful then I did before arriving. I was tuning into my inner hippie and I loved it. Soon after, I began seeing the naturopath and acupuncturist that practiced there, Michelle Obertacz. I found a likeness in her that I rarely find in other women. She was an ambitious and strong woman, yet tender and loving. We bonded over the course of the next few months and I came to trust her more that I do most. At the time, David and I were on the hunt for a doula and Michelle offered. I was ecstatic. My birthing team was coming together and I could visualize it so clearly.

A couple months before my due date at one of our regular appointments, Geraldine let us know she had been accepted into a very special overseas midwifery program and she would be gone during our birth. Though surprised and a little apprehensive about who could end up at our birth, I trusted her and whoever she found to replace her temporarily. What I didn’t realize at the time was that this would be one of the best things that has happened to me. Enter Taylor.

At our next appointment we met Taylor. A midwife who had her own practice in West Seattle, In Tandem Midwifery, and was temporarily filling in for Geraldine while she was gone. I realized within 5min of meeting her that she was who I wanted at my birth. Oh how I hoped and prayed she would be on call that night. In my mind I couldn’t see it happening any other way.

Part two of the birth story… 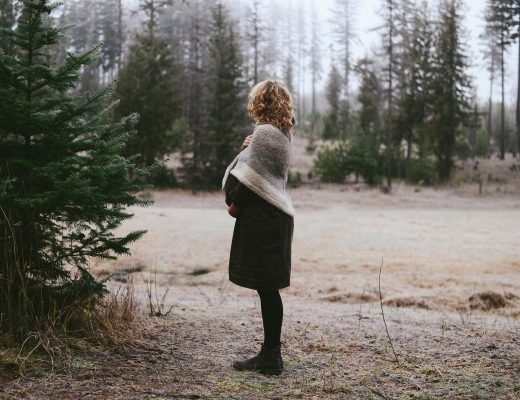